Are Pets in the Office Good for Productivity?

Apparently, 16% of British workers have office pets. That’s a whole load of pugs by the printer, cats by the copier, and tortoises wandering aimlessly around cubicles, looking for a solitary bite of lettuce. In the US, there are annual ‘Bring Your Pet to Work’ days (the idea is now into its thirteenth year) and many British offices now allow employees to bring in pets – providing that they’re well behaved and don’t make a mess underneath the boss’s desk. But why should animals be brought into work? What possible benefits could they bring?

In a 2006 survey, the American Pet Products Manufacturing Association published the results of research into the trends of pet ownership. They found that 55 million Americans believe that having pets in the workplace leads to a more creative environment. Interestingly, 38 million believe that having pets in the office leads to a more productive work environment. 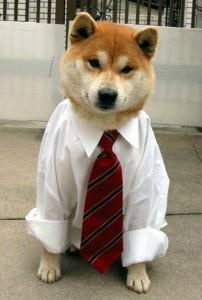 Stop playing with your ball and get back to work!

You may think pet product manufacturers have a vested interest in promoting pets in the office. Before you know it they’ll be making tiny ties and computer desks suitable for furry behinds. However other studies have come up with similar results. 55% of workers have said that they would feel more motivated if there were pets in the office, with another 25% reporting that dogs improved their workplace productivity (see infographic below). The studies would seem to prove that pets in the office are indeed good for productivity.

Pets at work have other significant benefits. A study published in the International Journal of Workplace Health Management suggested that access to dogs at work boosted morale and reduced stress levels, whether people had access to their own pets or those belonging to other employees. The access to an animal kept stress levels down for employees throughout the day, and improved relations between workers. It made it easier for employees to make friendships with one another, decreased arguments and encouraged social activities outside of work. They encourage healthy habits, with larger animals such as dogs, cats, rabbits and guinea pigs requiring regular exercise – something their human companions are often in need of.

On the whole, there seem to be endless benefits to keeping an office pet. What of the downsides?

Of course, the first thing to consider is that it’s not very polite to bring someone who’s allergic into contact with the thing that they are allergic to. Fur, hair, sawdust, scales – all can be triggers for some really nasty allergy attacks.

Phobias must also be taken into account. There are plenty of people with phobias of spiders or lizards, and phobias of dogs and rabbits, while rare, can be serious and debilitating. Could there be anything worse than having a phobia of tabby cats, only to come into work and find one making itself comfortable in your chair? 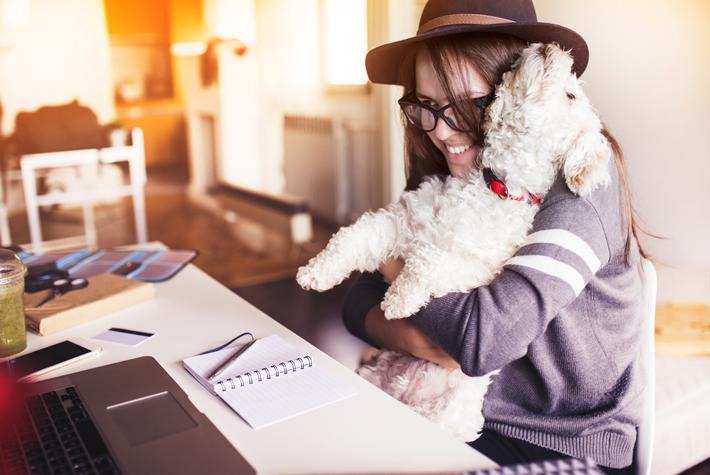 Bringing your favourite Labrador into work can be inconsiderate. It’s okay if you have a well-behaved Chihuahua, but if you’ve got a boisterous and flatulent Doberman then working around you is going to be difficult for others.

It does appear that the benefits of having an animal chum in your cubicle far out-weigh the disadvantages though. If you want to feel more productive and less-stressed during business hours, then surely you should simply ask your colleagues and your boss if it’s okay with them. As long as you’ve got a well-behaved pet – that won’t widdle on the carpet – then bringing your canine pal into work with you is a great plan.

Brought to you by Confused.com