Ten Cringeworthy Business Phrases That Should Never Have Been Invented

What is it about the world of business that it attracts the most cringe worthy, incomprehensible jargon? It’s as if as soon as you enter the business world, a hidden area of your brain kicks into life and suddenly thinks that the worst clichés and metaphors are the greatest tools for communication. Here’s a list of some of the most cringe-inducing business phrases to avoid.

This phrase started making the rounds when people began to notice that ‘taking the things to the next level’ was getting a bit old. It’s a mangled version of the equally frustrating phrase ‘pushing the envelope’ but with more disturbing imagery. ‘Pushing the needle’ sounds like a horrible means of torture and not something to be encouraged in any working environment.

It’s about making the hardest decision possible; it’s going to be something awful and shocking, much like shooting an innocent, adorable puppy. Because that’s something to motivate the workforce – the death of innocent animals! 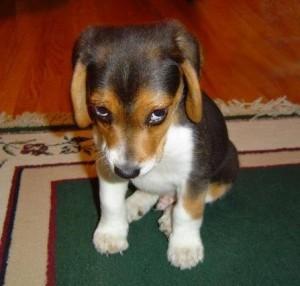 This phrase comes directly from Huckleberry Finn by Mark Twain and it means to tackle the hardest task possible. The cringe factor comes again from the disturbing imagery involving animals, making it reminiscent of food challenges on reality TV.

If you are ever told this phrase, telling you to be realistic, it might be time to find a new job.

Maybe this doesn’t sound too bad. Look at that word; there’s nothing wrong with it, printed here, it’s not that bad. It’s inoffensive – maybe even useful. The trouble is that ‘solutions’ is ubiquitous in business, having replaced the buzzwords of ‘choices’ or ‘options’. Everything has a solution. Finance has a solution. IT has solutions. Careers have solutions. Everything has a solution, which is another way of saying that no one knows what solutions for these things might be. It’s a word that doesn’t really have any meaning. The only solution is to stop using solutions.

This phrase has been lampooned endlessly and yet it always finds a way to sneak back into the office. It carries a rather nasty implication – that whatever you’re doing, you’re never doing it well enough. And of course The Simpsons pointed it out decades ago; that it’s simply impossible to give more than 100%, that is the most anyone can possibly give.

7. Thinking outside the box

Everyone should think more creatively, right? Creative solutions – oh dear, I’ve starting using it now – can be the best ones. Well, apart from the fact that this is the least creative way to inspire creative thinking. If you’re trying to think differently, it’s not going to be helped by repeating this tired phrase. Simply tell people to start thinking differently. Or try something different with the phrase, like ‘thinking outside of the grapefruit’. It’s your choice.

What does this even mean? Do you go after the low hanging fruits because they’re easier to get or are they considered less valuable because they’re so easy to get? Saying something that’s only going to confuse people around you and make them hungry is never a good idea.

This is the politically correct term for ‘cutting expenses’ and it’s exploded in usage in the current economic climate. Managers who feel uneasy with talking about cutting costs and redundancies describe their actions in a pretty cowardly way. ‘Rightsizing’ is a rather lazy attempt to soften the blow of tough, shoot-the-puppy decisions. Be honest about what you’re doing – don’t hide behind vague terminology.
10. Bring Your ‘A’ Game

There is no string of words more likely to incite rage in a confined area. Bringing my A game? What does that even mean? What constitutes a B game? Why are we playing games? Am I being forced to compete in some office Thunderdome scenario? Clear up the fuss and just tell people to do their best.

What phrases and sayings do you hear in the office which make you cringe?