OK, so you may say it's quite passé but we've only just cottoned on to this weird, faddy phenomenon of planking. If you've not heard of this bizarre craze then firstly, have you been hiding in the same place as us? And secondly, we've already established that both of us have not missed out on much. It's essentially a stunt where a person lies face down, stretched out, often in an incongruous location. Like their wooded namesakes, these thick-as-two-short *the proverbial* resemble planks. Yes, really. 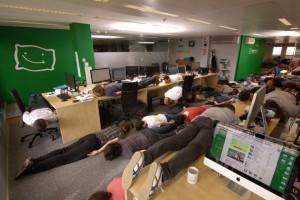 Planking in the office when the boss walks in...


Every office has an aquarium, right? It appears this brave gentlemen is unconcerned about the loading weight of the top of the goldfish tank. His colleague looks like he is using it like a watercooler. 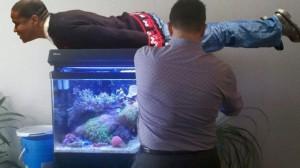 
Some planks are exceedingly difficult to pull off, needing both guts and high amounts of core strength (and mathematical precision). I bet this chap does pilates. 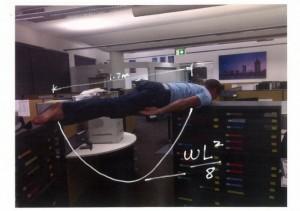 
Photocopier machine “accidents” are rare, but they do happen. When they do it's normally as a result of a particular kind of prank, such as photocopying a part of one's anatomy. It doesn't appear that this young woman is using the copier for this purpose, nor for as it was intended. Perhaps, like a cat, she's just drawn to the warmth of the press. 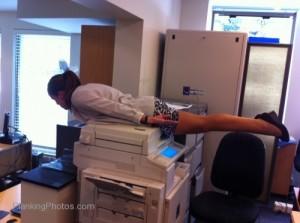 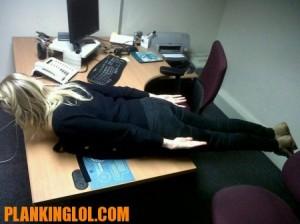 Apparently you can do this while on a conference call


The woman in the background appears not to have noticed. Maybe she has and is just ignoring her. I don't blame her, do you? 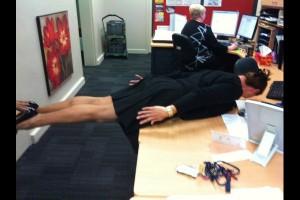 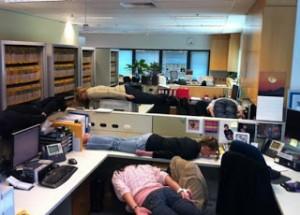