Would you give these people a job? The Top 10 Most Inventive Job Applications

We've all had the unenviable task of filling out a job application; sometimes they cut the mustard and we make it to interview, and then there are times when we won't even hear so much as a hoot out of our prospective employer. What are the secrets to a successful job application? Well, your guess is as good as mine. What we can be sure of, the days when generic sentences on application forms were sufficient are long gone, especially in the current economic climate. Employers are looking for much more - as they say it's best to 'think outside the box'. Perhaps job applications are just a matter of clever self marketing, as these candidates have shown:

Not just a way to advertise sexy lingerie and distract drivers. They can be used to get a job as well. The most recent example is Adam Pacitti's billboard, which was displayed on Kilburn High Road, north-west London. Adam's idea isn't entirely original, however. A man known as “Jobless Paddy” did the same thing in 2011 with his “Save Me From Emigration” billboard, seen on Merrion Road in Dublin. 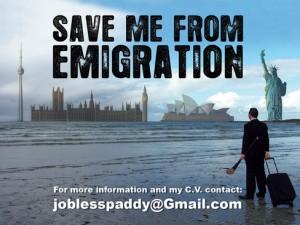 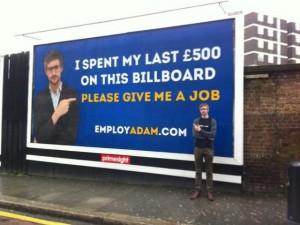 Anyone remember those “graphic design”-style Cvs from the 90s? Well, it's a tradition that's still going strong, and there are some great examples out there from artists and designers. Of course, CVs like these should be used for more creative roles than admin positions, and even then such an approach is risky. This one is good as it is simple and readable, without having to be over-elaborate. 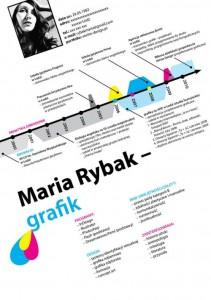 
8. An Interesting Form of Googlewhacking...

Imagine typing your own name on a Google search and being the one and only result that pops up. This is what Eric Gandhi did for his LinkedIn profile, whereby he imitates a Google results page. Apparently, this CV grabbed the attention of an employee at Google and secured Gandhi an interview for a job. 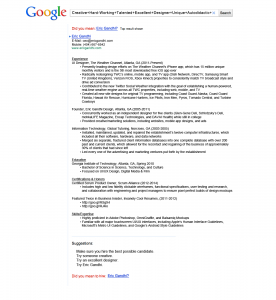 German game designer Marius Fietzek went further than the bog-standard CV and captured some of that Schafer spirit by inventing an old-school point-and-click game, Lucasfilm Games-style. Fietzek makes his application a homage to games such as Monkey Island and Maniac Mansion, which is likely to bring a tear to many a retro-gamer's eye. 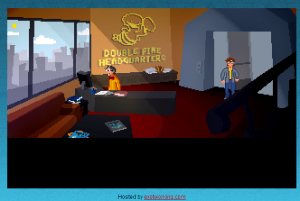 
Some cynics in the world may believe the two are eerily similar. Matthew Epstein's video application for Google is a good example of this, where lines between a business meeting and romance are blurred. No, it didn't get Matthew a job at Google, but it did get him noticed by many other potential suitors. 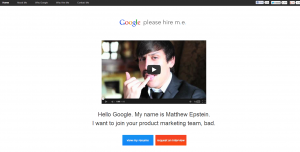 
5. Nicholas Cage Can Get You a Job

Vanessa Hojda applied for a job as an administration assistant for York University, accidentally attaching to her cover letter a picture of Nicholas Cage instead of her CV. She posted her mistake on her Tumblr blog, and eventually received two job offers on her Facebook page. We'll call this one “creativity by chance”. 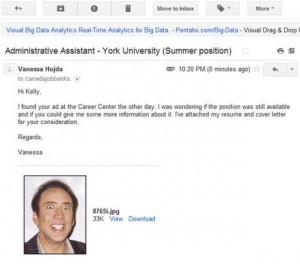 In the days of email, sending job applications via snail mail seems quaint and old-fashioned. Adele decided to go the opposite way and sent out a cardboard-based collage of items that represented herself and her personality. 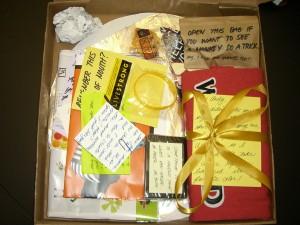 Nowadays, many CVs and applications are sent through a grinder of computer programmes designed to pick up keywords, with interviews being handed out to those who can “game the system” most effectively. Letters like the one below are actually a throwback to a time before such programmes existed, and display a somewhat self-deprecating sense of humour that can “shock” a person into paying attention. Similarly-toned (and better written) adverts can be found in classified adverts in print and online, but require eagle eyes to spot.

Andrew Horner chucks in the application, and makes employers apply for him instead. Notice how many of the applications on this list are written by designers? Also notice how they often use clean, simple fonts and presentation methods? Elegance, a certain conservatism and efficiency are key for any CV, as it makes them focussed.

The father of all great cover letters. All other applications on this list owe a debt to the Doctor. This is the sort of letter that gets passed on and goes viral. The application somehow transcends the job, and becomes something more.

I got a hell of a kick reading the piece Time magazine did this week on The Sun. In addition to wishing you the best of luck, I’d also like to offer my services.

Since I haven’t seen a copy of the “new” Sun yet, I’ll have to make this a tentative offer. I stepped into a dung-hole the last time I took a job with a paper I didn’t know anything about (see enclosed clippings) and I’m not quite ready to go charging up another blind alley. By the time you get this letter, I’ll have gotten hold of some of the recent issues of The Sun. Unless it looks totally worthless, I’ll let my offer stand.

And don’t think that my arrogance is unintentional: it’s just that I’d rather offend you now than after I started working for you. I didn’t make myself clear to the last man I worked for until after I took the job. It was as if the Marquis de Sade had suddenly found himself working for Billy Graham. The man despised me, of course, and I had nothing but contempt for him and everything he stood for. If you asked him, he’d tell you that I’m “not very likable, (that I) hate people, (that I) just want to be left alone, and (that I) feel too superior to mingle with the average person.” (That’s a direct quote from a memo he sent to the publisher.) Nothing beats having good references.

Of course if you asked some of the other people I’ve worked for, you’d get a different set of answers. If you’re interested enough to answer this letter, I’ll be glad to furnish you with a list of references — including the lad I work for now.

The enclosed clippings should give you a rough idea of who I am. It’s a year old, however, and I’ve changed a bit since it was written. I’ve taken some writing courses from Columbia in my spare time, learned a hell of a lot about the newspaper business, and developed a healthy contempt for journalism as a profession. As far as I’m concerned, it’s a damned shame that a field as potentially dynamic and vital as journalism should be overrun with dullards, bums, and hacks, hag-ridden with myopia, apathy, and complacence, and generally stuck in a bog of stagnant mediocrity. If this is what you’re trying to get The Sun away from, then I think I’d like to work for you.

Most of my experience has been in sports writing, but I can write everything from warmongering propaganda to learned book reviews. I can work 25 hours a day if necessary, live on any reasonable salary, and don’t give a black damn for job security, office politics, or adverse public relations. I would rather be on the dole than work for a paper I was ashamed of.

It’s a long way from here to British Columbia, but I think I’d enjoy the trip. If you think you can use me, drop me a line. If not, good luck anyway.


Hopefully, some of these job applications can keep you inspired. They are all, in their own way, a reminder of the lengths we must go through to make ourselves stand out from the crowd.
Add comment