6 Ways to Spot an Office Bully

Some of us might well be forgiven for thinking that once we've grown up and joined the workplace, bullies will become a thing of the past, belonging only to the school playground. This, unfortunately, is not the case as they are in fact found in all areas of society and it is not uncommon to come across one in the workplace. Here are a few ways of spotting an office bully.

1. They're taking credit for others' work

One of the main reasons why bullies so often get ahead in the world of work is simple: they like to take credit for things done by others. This is most likely to happen should the bully be your boss, as they are the ones most likely to be the medium between you and any higher-ups. This can make bullying worse, as bullies are rewarded for their behaviour. This leads quite naturally to point number two …

2. … They blame others for their mistakes

While taking credit for any positives, bullies like to push any negatives onto others, even if they themselves were the cause of any problems/mistakes. Bullies like to be seen in a good light and gain the approval of their supervisors, as it validates their behaviour. The general bywords for the bully are 'kiss up, kick down'. This, once again, leads well onto point number three … 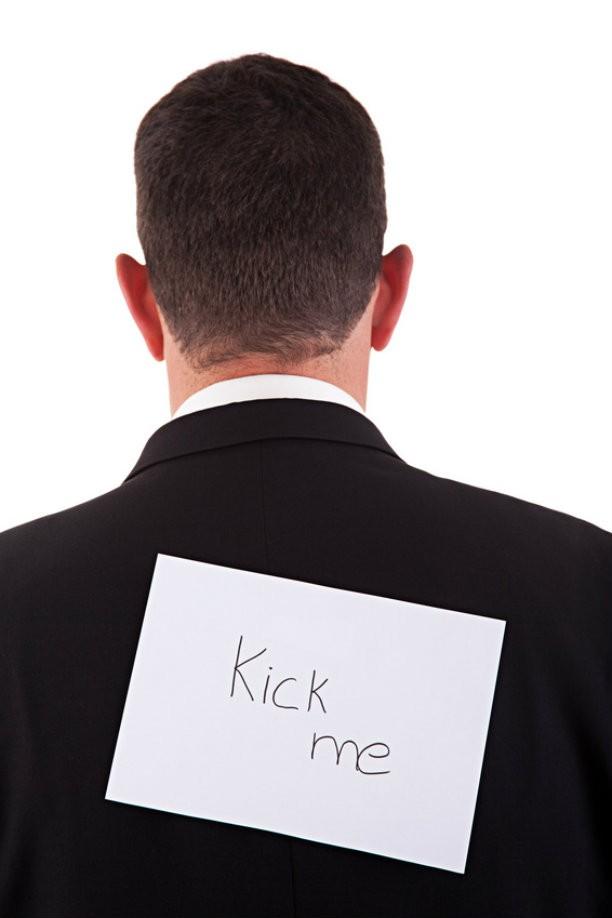 Bullies like to manipulate others into doing their work for them via coercing others, usually with threats (e.g. the the threat of losing one's job) or insults (usually in front of others). Bullies will often target those who are studious, hard-working and socially 'different', but generally quiet, compliant and genteel, as they are easily excluded from social groups and can be made to take the brunt of any problems. Bullies will use their charm and social skills in order to engineer groups to their favour or to set one person against another, through using intimidation, fear and any popularity they have with other staff members.

4. They're poor losers, but poor winners, too

As stated already, bullies like to blame others when they lose, but take credit when they win even if they didn't do much to win in the first place. Bullies are not humble in victory, but arrogant and boastful, perhaps even putting others down when victorious. Also, while no one likes losing, a bully will take great pains in trying to 'prove' they're a winner, going so far as to forget any idea of loyalty and change sides.

Bullies are wont to change their colours according to the company they keep. In front of managers and higher-ups, bullies come off as being personable, popular and highly-regarded amongst their peers. Problems will be hidden behind closed doors, and their ugly side will not come out until the bully is in a context where they are the leader. Bullies like to hide their behaviour from authority.

6. They have unstable temperaments

Unsurprisingly, bullies are often quick to anger, especially when challenged over either their behaviour or work. Indeed, the more legitimate the concern, the more angry they'll get, and may well try and find a way of undermining their critic. Bullies don't take criticism well, even if constructive.

So, how does someone beat the bully? Unfortunately, there are no simple answers. Should the bully be your boss, HR usually don't like to rock the bought and will likely side with the boss no matter how bad. Mirroring the bully's behaviour is risky, but could teach the bully a lesson. Exposing the bully's behaviour to others may work, but could potentially put your job on the line. Classes in conflict management can help by arming you with techniques on how to handle and stand up to an aggressor. Fomenting dissent amongst staff members and making consistent, tactful complaints to a variety of people (not just HR) may work best though.

If all else fails, you should also investigate your legal options and find out if there have been any violations of your rights - in extreme cases, this can be taken all the way to an employment tribunal.