Ask the entrepreneurs - where was your first business started?

Want to know where some of Britain's top start ups and businesses had their first office? We asked them...

We always think of successful business people in high rise, swanky, expensive-looking and contemporary offices - but when we think about it, we all know many hard-working entrepreneurs have come from much more humble beginnings; on the internet there are interviews aplenty documenting their 'top tips' for success. Yet there doesn't seem to be much information about where these high flyers started their enterprises. We've spoken to some great entrepreneurs - you might just recognise from some of the UK's best brands and companies - and asked them - "Where was your first office started?".

Tom Allason founder and CEO of Shutl (and eCourier)

eCourier started off in a warehouse with no heat or electricity. £6 per square foot in Truman Brewery in '03, we even had my little sister's school friends come in and paint it.

Although we started up just around the corner from eCourier's first office, Shutl could not have been more different. Shoreditch House was our first office for almost a year! We would arrive at 8am and take one of the event spaces (which at the time were mainly used in the evenings), that would be our office for the day. Pool, gym, bar and bowling alley and unlimited sweets; we were giving Google a run for their money. Best part was that my member only cost £15 per month...unfortunately after six months they wised up to this wheeze and started limited us to two guests...so we used to leave interns in the lobby and juggle our 'guest' spots for when real guests came. It was a sad day when we moved into our own office. 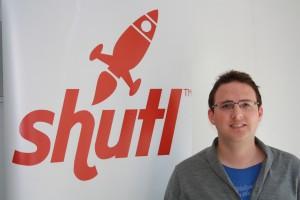 Tom and his new project, Shutl

"My first business was also started from a spare room – in my personal opinion the greatest businesses always do(!). Imagine this, seven men, one room, 18 hours a day, seven days a week for four months; it had to be totally redecorated including replacing the carpet because we’d trodden so much dried fruit into it!" 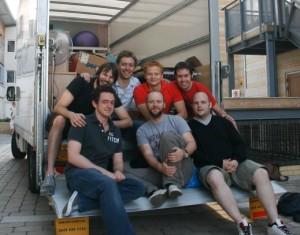 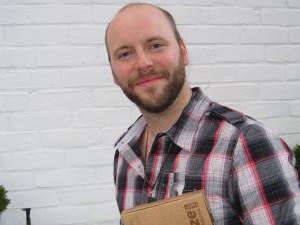 Graze is a company which specialises in sending healthy, tasty snacks by post.

"Hailo started life on the HMS President, a boat on the Thames. Our developers had portholes for windows, there were resident sailors and the entire thing frequently rolled with gusto. After 18 happy months "at sea" we outgrew the space and are now based just down the Embankment in Somerset House which of course also has a long naval tradition." 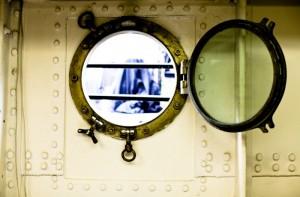 Through the porthole onboard the HMS President 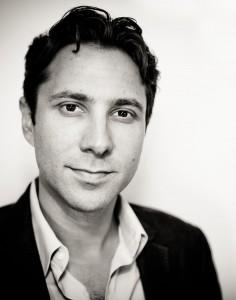 Hailo is an app for mobile phones which allows you never to be more than two taps away from a licensed taxi.

"City accountant to brewer all in just in three months - a fairly radical shift? On the face of it, I’ll admit it is. We moved into the brewery in August 2008 in Battersea. We wanted to be in the heart of central London because we felt, at the time, that all breweries had moved out of the city. Battersea has a huge industrial heritage, and we wanted to be part of that - everyone will of course know the famous Battersea Powerstation."

Some of you will of course be aware that Duncan named his first ale Wandle, after the river which makes its way through Battersea, and out into the Thames. 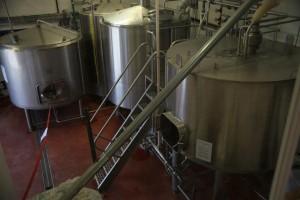 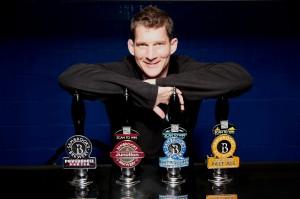 Sambrook's Brewery does what it says on the tin. Their most famous beers are Wandle and Junction Ale, which can be found at some of the best pubs in London.

Our very own managing director, Paul Slinn, talks about  Flexioffices:

"I started the company in the spare bedroom of our house in St Petersburgh Mews W2 in summer 2000. It was situated directly above the District and Circle line so the building moved whenever a train run under (which was frequently). However, the move to our first office was forced by the arrival of our first child Ruby - who is now 10." 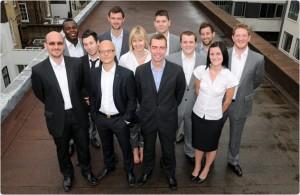