Office Fashion Through the Decades

Fashions have changed dramatically over the last fifty or sixty years, and no where is this more apparent than in the office environment. Here, we take a look a changing office fashions through the decades.

1940s fashion is best described in one word: utility. Clothing was rationed in wartime Britain, and clothing styles were understated, in dull colours, and had militaristic influences.

For women in the office, trends were towards wide shoulders and narrow waists, emulating men’s styles. Workplace skirts reached just below the knee; long enough to look smart, but short enough to be practical.

For men, suit styles were restricted. The British ‘Utility Suit’ would be made of a wool-synthetic blend, with no pleats, cuffs, sleeve buttons or waistcoats. Ties were wide, with bold geometric designs. Men were also expected to wear hats in public, the most common being the fedora or the Homburg. 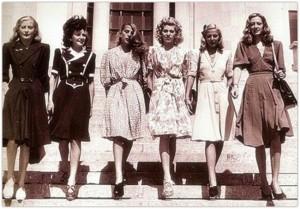 The square shoulders and shorts skirts of women’s wartime fashion were replaced by a resurgence of haute couture; continental fashions were more feminine, with long skirts, fitted waists, and round shoulders. Tailored suits for office women, inspired by the designs of Coco Chanel, became popular. The pencil skirt, a new innovation, proved itself to be perfect for the office.

Men’s suits became broad-shouldered and double-breasted, emulating American styles, as restrictions on fabric eased. This was the era of the grey flannel suit, and colours and patterns were conservative. 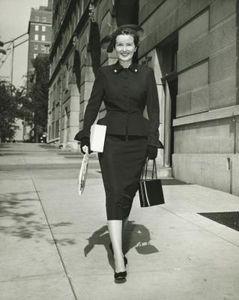 Youth culture exploded in the 60s. A generation who wished to rebel against the austerity of the war years inspired office fashion to be freer, bolder, and more casual. Colours, prints, and silhouettes went wild, even for office wear, with women wearing clashing prints and colours with abandon. Women’s styles were infantilised, with lace, bows, and short skirts making ‘babydoll’ styles.

For men, colours and patterns began to return to suits for the first time since the 1920s. The traditional three piece suit fell out of fashion, with men favouring more casual looks; sports blazers, loose jackets with a bold print, turtle necks, and for the really daring, leather jackets. 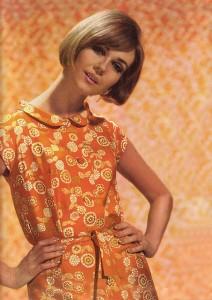 Women’s clothing became unstructured, with styles inspired by the traditional clothing of Mexico or India. Yves St Laurent introduced the highly influential peasant look in 1976, and embroidered clothing and floral prints were highly popular. The jersey wrap dress, an item which remains an office staple, was first introduced in 1972.

The key trend for men was bell bottom trousers. Matched with a pair of platforms, these items remain the eponymous men’s look of the 70s. Three piece suits returned, with wide and high collars. Large eyeglasses became popular, with those resembling Aviator sunglasses gaining popularity in the workplace. 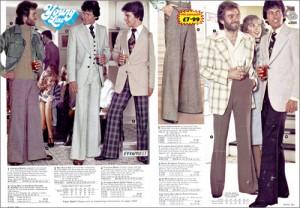 The Kays catalogue had everything a man could ever want, or need.

In previous decades, there had been few women in the office. The 80s saw it become socially acceptable for women to become more career orientated, and office wear reflected that. Office fashion combined the masculine suit with broad shoulder pads with the tailoring of the 50s, when women had been more common in office work. Business shoes echoed this, with pointed toes and spiked heels of 50s styles. Dying them a bright colour let women stand out in their work environment. 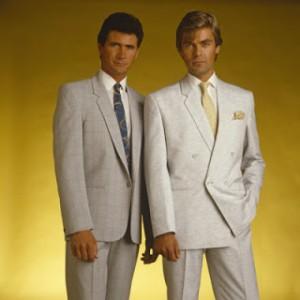 While rules for women were more lenient, men were still expected to be suited and booted with double-breasted power suits and wide ties. However, by the mid-90s, relaxed styles were seen as more acceptable for men, leading to the office smart-casual trends that we see today. 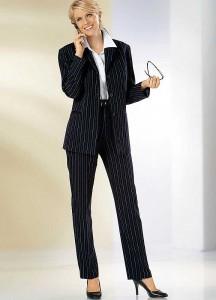 The unisex office styles for women of the 90s were replaced by a gradual return to the dressier, more feminine styles of the 50s and 60s.

For men, the 60s revival was also felt. Pinstripes and Mod inspired suits became fashionable – but the trend towards casual wear in the office meant that jeans and jumpers were the new norm rather than the traditional suit of the past. 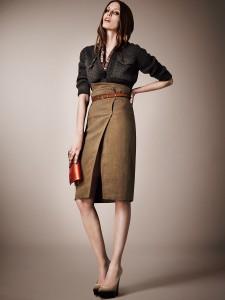