When TV inspires emotions – hatred, anger, love, confusion – people like nothing better than to natter about it – and usually that took place around the office watercooler. Most of us now take to the internet, but the chatting about shocking TV still carries on in the office. Here’s a top ten list of some of the most famous (or infamous) TV watercooler moments.

In the hopes of revamping the flagging ITV show, the dramatic plane crash of 30th December 1993 gave the soap viewing figures of 18 million, and it has maintained its popularity ever since. In the show, the plane crash resulted in the destruction of the village and the deaths of several key characters. The show inspired much debate and a fair share of complaints as the timing of the show was uncomfortably close to the fifth anniversary of the Lockerbie Disaster.

2. Ross and Rachel’s relationship in Friends

This might be considered a bit of a cop-out, as this covers all the ups and downs of one of the most contentious, discussed and on-going relationship sagas of the 90s. The relationship between Ross and Rachel revolutionised the way TV couples were written and judged, and their ten years of Will They Or Won’t They? drama inspired many furious arguments. From their first kiss, to the ‘we were on a break’ debate, to Rachel getting off the plane, countless hours were spent analysing this pairing. 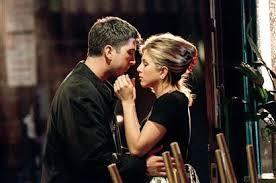 Just get together already!

HBO’s True Blood is a master class in producing shocking TV. In one particularly infamous episode, the vampires Bill and Lorena have an Exorcist-style sex scene where her head is twisted about on her shoulders. Yikes. Shocking, memorable, and much discussed by those who saw it.

An oldie but a goodie, the ‘Who shot J.R.?’ storyline is infamous in TV history. In the final scene of the 1979-1980 season of American show Dallas, notorious J.R. Ewing was shot by one of his many enemies. Fans had to wait all summer to see how this cliff-hanger would be resolved, and when the identity of the shooter was revealed, 83 million tuned in to finally see the answer revealed. Contests were launched to try and work out the shooter and members of the cast were offered substantial cash sums to reveal what had happened. An entire session of Turkish Parliament was suspended so that legislators could rush home to watch the conclusion. 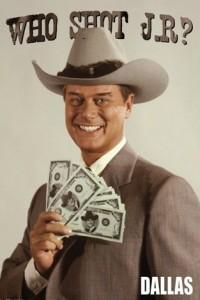 5. Scott and Charlene’s wedding on Neighbours

The 80s are known as the decade where soap super-couples ruled supreme, and one of the most popular couples was Scott Robinson and Charlene Mitchell from Australian soap Neighbours. This pair had a rocky start but after falling in love had the perfect soap land wedding, watched by 20 million viewers in the UK. The popularity of this wedding no doubt helped the careers of the two fledgling stars, now better known as Kylie Minogue and Jason Donovan, and cemented their popularity in the UK and abroad. 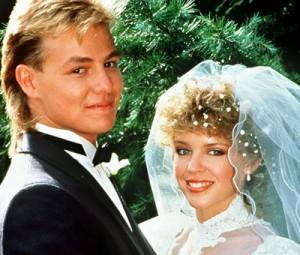 6. The finale of Lost

The conclusion to the popular American drama provoked much conversation – although most of it was simply along the lines of ‘what?’. The vagueness and confusion of the final episode provoked much discussion with fans, most of whom found it disappointing or poorly executed. It didn’t help matters that the finale was similar to the last episode of Ashes to Ashes, shown at the same time, dealing with the same topic. The episode was talked about for weeks, with people trying to work out exactly what it was they had watched. 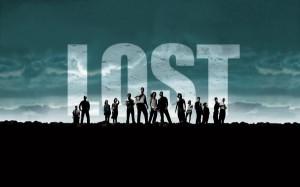 They're were lost and so, in the end, were we.

8. The conclusion of Blackadder

Perhaps no other comedy show has ended on so tragic and poignant a note. The deaths of such beloved characters as Blackadder and Baldrick struck a chord with the nation. It was a sobering reminder of the horrors of the First World War and prompted talks about whether it was an appropriate tribute to the lives lost in that conflict. 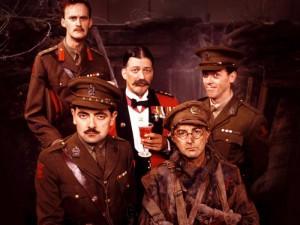 Brookside was a Channel 4 soap known for courting controversy with shocking storylines involving domestic abuse, murder and incest. Perhaps the finest hour for the soap was the very first pre-watershed lesbian kiss in January 1994. Viewers talked of the dramatic love story between Beth Jordache and Margaret Clemence – and why it had taken so long for something as simple as a kiss to be deemed appropriate for TV.

10. The return of Doctor Who

Nothing set the UK ablaze quite like the announcement that classic sci-fi show Doctor Who would be returning to our screens in 2005. All those children who had once hid behind sofas were ready to do so again – and this time they'd have their own kids hiding along with them! Everyone was talking about the return of the show and speculation ran rife about what it would contain and whether it could ever match the show’s glory days when Tom Baker played the Doctor. 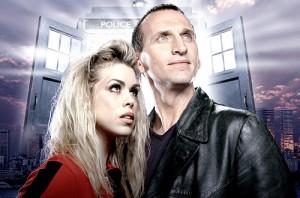