The worst bosses to work for - past and present

It's OK, you can admit it, we have all had a boss from hell - or indeed a really good idea of someone who could be the worst possible person to ever work for. But let's be realistic about this; everything is relative - you could be working for this lot! Napoleon Bonparte Ahh, the well known origin of 'short man syndrome'. Despite standing at a relatively respectable 5ft6", he was one of France's greatest military commanders - an intense workaholic with the tendency of last minute, rash decisions. He was known for being a misogynist; as a woman working for him would have been completely untenable. Imagine trying to keep up with the paperwork of this raging bull as he worked his way through the battlefields of Europe? And, as things turned out, the benefits of the job wouldn't be at all  bad after Napoleon became emperor - twice. But only if you weren't in his army. As successful as the French military were under his command, Napoleon probably held the opinion "you have to crack a few eggs...". In the long run, Napoleon would have worked you to death. Margaret Thatcher

Butter wouldn't melt Being a politician ranks highly as one of the world's least favourite jobs - especially once you know how messy the politics can get. Queen Bee Margaret Thatcher and her drones had a good sting over Britain - long enough anyway to put the public off any political involvement. With all due respect to Maggie, she was the only woman to hold the post of Prime Minister, and, to be named the Iron Lady is a fine contrast to the common assumption that women are too soft for such a cruel world. However, as I ask my parents about Thatcher's rule over Britain, they get a bit tender about their experience of "the milk snatcher". She held Britain in a firm and cold grip; memories of the miners' strike and trade unions are still very vivid. I'm not sure I would like to work for, at the time, the most hated woman in Britain. Thatcher was the kind of boss that would boom over the top of you, then dismiss you with a wave because you were a lowly peasant, and your kids had rickets (on account of the lack of milk). She could have all the power in the world, but it didn't excuse the fact that she epitomised the stereotype of Britain having terrible dental care. Would you have liked to have worked for Maggie?   Donald Trump

High profile bosses seem to be some of the worst to work for; Donald Trump springs to mind. Known for his controversial plans of setting up a golf courses in Scotland, his creation of 'The Apprentice' in the States, and of course that hilarious hairpiece. Trump recently expressed an interest in politics and running for the presidential campaign. Thankfully, the mere suggestion of this led to the campaign being suspended. I think we can take that as a sure sign of how disastrous it might have been to have had Trump in the White House. The PR would be enough to make the perkiest and preppiest have a mental breakdown, not to mention the eight years of financial fallout that could materialise. However, there is no denying he has made a dent in the business world and it would definitely work in your favour to admit to some association to him. But how much of a relief would it be to see that fat finger point to you and hear "You're fired!"? Tyra Banks 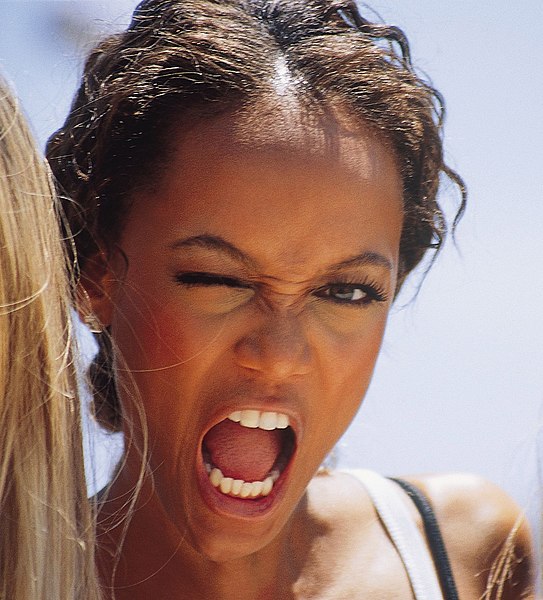 Fierce Many women dream of having a career in modelling or fashion but we soon come crashing back down to Earth when we see the waifish and unobtainable figures of Tyra Banks and the like. Having started modelling at 16, Tyra is best placed as a judge on America's Next Top Model - she definitely knows what to look for in such a ferocious environment. However, after all this time, she still pulls the whole "you don't know me, you don't know my life!" diva act. Well, yes, yes we do. After your numerous series of Americas Next Top Model (where she can't help but mention herself, her life and her struggles) and also the two books claimed "loosely" on her own experiences, we know you well. We've all seen your face, we've all heard your woes of that high status, well-paying and privileged life sauntering around in your pants. Tyra is definitely a woman in the workplace that would not hesitate in trying to make you look like her. She is also the woman you try to avoid standing next to; the very thought is enough to make you hide in the office. You're never going to be that 6ft, slender beautiful employee that she wants.   Picture sources: