How to make the most of your day 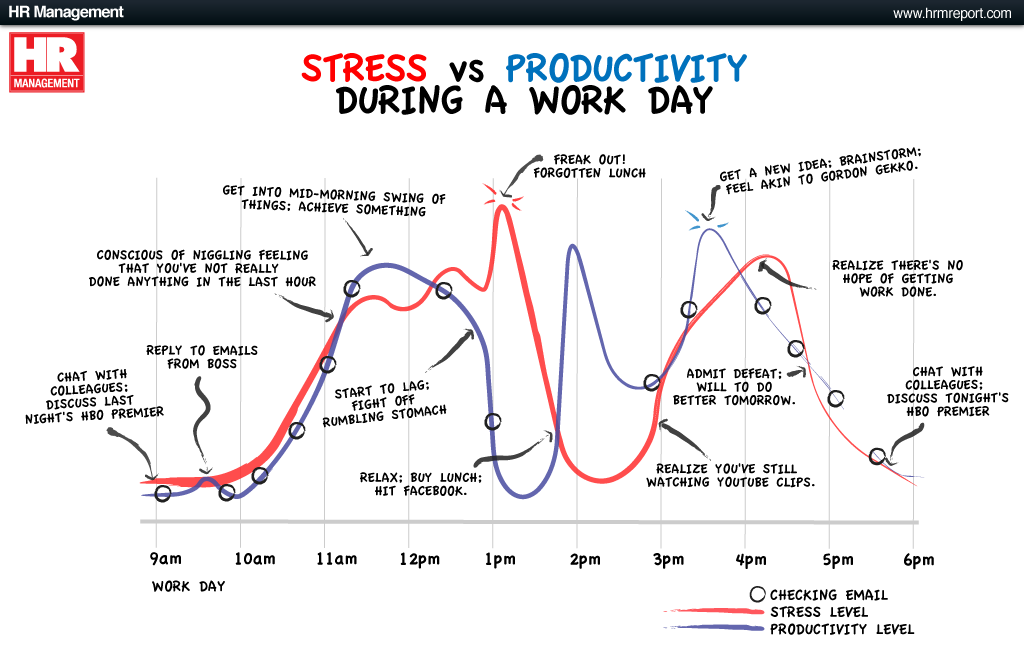 The modern office environment is fast paced and places many demands on us each working day. From your own internal deadlines, through to interactions with colleagues, knowing how to structure your day will allow you to be more productive.

We've created a list of workday hacks to make you more efficient and – put simply – get more done.

1. Set aside time each day to go through your emails

The majority of the time, emails you receive are not part of YOUR to-do list and plan for your day, but rather requests from others for your input into their tasks. It’s all too tempting to deal with emails as they pop into your inbox, but this will only put your own work behind schedule – leaving you stressed as a result – while everyone else’s work moves along swimmingly.

When looking at emails, set aside one or two slots of time each day, then ask yourself which emails are more important than your own task list. Respond accordingly.

2. Tell others when you are in ‘do not disturb’ mode

Got a big project to work on, or even a single task that needs concentration for more than 30 minutes at a time? Ping out a quick email to your colleagues letting them know that you will be incommunicado between time A and B.

According to this article in the Wall Street Journal, it takes more than 25 minutes, on average, to resume a task after being interrupted. Getting interrupted just four times a day could mean a whole hour of being unproductive.

A study by BUPA revealed that the impact on workers not taking a break is significant. Almost half (48 per cent) feel their productivity levels plummet in the afternoon around 3 o’clock and as a result lose almost 40 minutes of their day due to this dip.

A Guardian article on multitasking cites Earl Miller, neurologist at MIT, on the topic of multitasking at work:

“Although we think we’re doing several things at once, multitasking, this is a powerful and diabolical illusion. Our brains are not wired to multitask well… when people think they’re multitasking, they’re actually just switching from one task to another very rapidly.”

So there you have it – backed up by scientific evidence – stick to one job at a time, as it’ll make you more efficient and protect your brain in the process!

A lot of people create task lists, but whether they’re truly honest with themselves about how long each task will take, is a different matter.

Think about grouping your tasks into ‘sand and pebbles’ – a sheet of paper with small ‘sub one-hour’ tasks on one side (sand) and larger ‘plus-one-hour’ tasks (pebbles) on the other.

Break every task down into its component parts, rather than grouping it under one catchall name and you’ll soon have a much better picture of how much time each task demands. We guarantee this works and will revolutionise your working day!

Would you add any workday hacks to the list? We’d love to hear your views, so please tweet us with your ideas to @Flexioffices and we’ll retweet our favourites.