Socially Popular Cities: Who is Tweeting About Where, and How They Feel About It

The infographic below looks at Twitter and its usage around the world – who tweets most and where they're tweeting from, giving us a sentiment score out of 100, all measured over 30 days using analytics from Topsy.com. Twitter has recently passed half a billion registered users and seeing how the numbers break down geographically is interesting and could well provide some small insight to a country's internet habits.

The city happiest with using Twitter on the worldwide map is Cape Town, South Africa, with a sentiment score of 86. Other high-scoring areas include Seoul (81), Sydney (83), Kolkota (80), Metro Manila (80) and London (81). Areas where English is a widely-used language seem to be the most avid Twitter-users. Interestingly, the scores within India look to have greater disparity, with Delhi scoring 45, Mumbai 53 and Kolkata 80, while neighbouring Pakistan's Karachi scored one of the lowest in the world (29). The scores are generally lowest around Africa and The Middle East, with Cairo also scoring 29.

Breaking down London's numbers, however, proves more informative as huge regional discrepancies can be seen. Twitter seems more popular south of the River Thames than in the north, with Greenwich being the highest-scoring borough (80). Tower Hamlets scores lowest with 41, while Hammersmith & Fulham and Kensington & Chelsea garner similar scores of 52 and 55 respectively.

Other areas of the UK also score very highly, including Nottingham (85), Leicester (84), Sheffield (83) and Newcastle (82), many of which are towns with big student populations. There doesn't seem to be a strict north-south divide, but Birkenhead and Stoke-on-Trent in the North-East of England score lowest, with scores of 53 & 56 respectively. 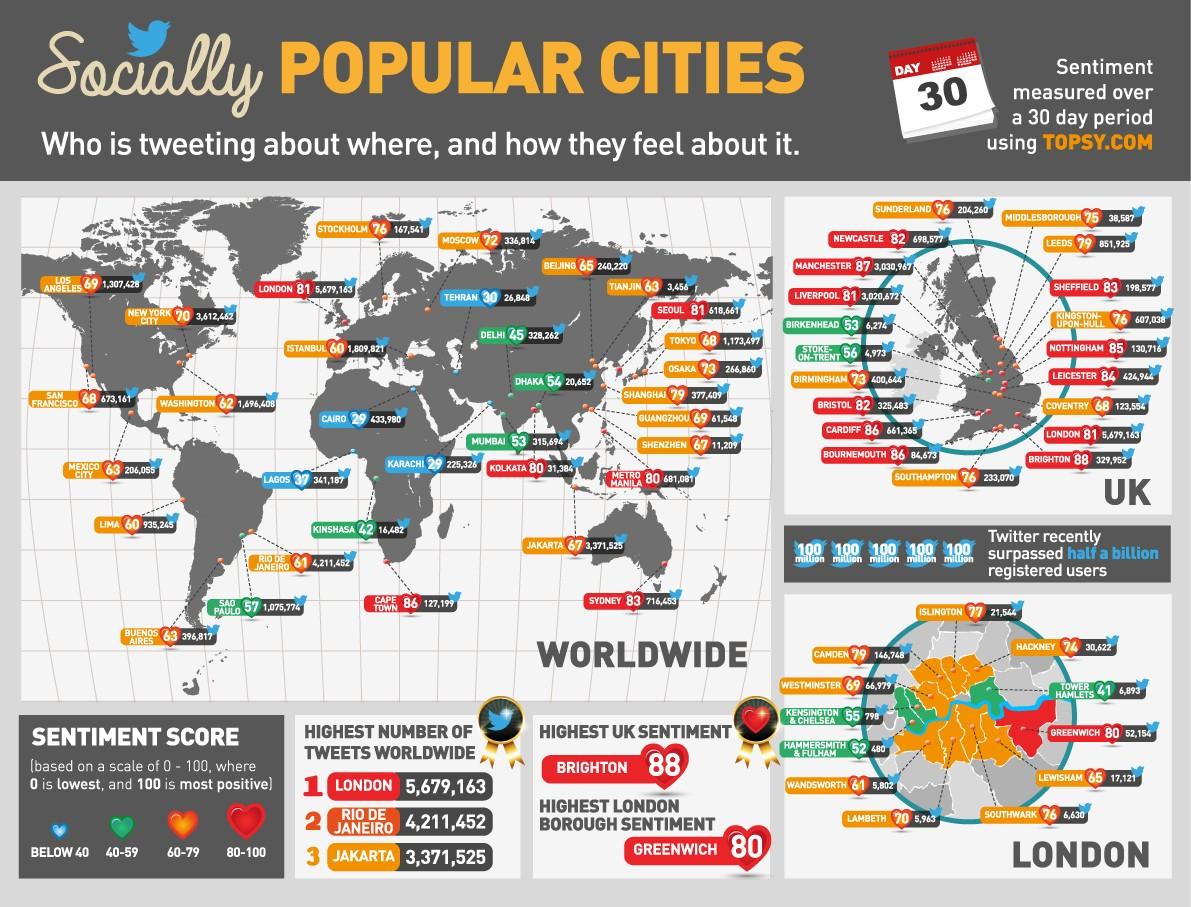 To embed this infographic on your blog, copy and paste the code below: