As a kid, our mothers would remind us that, somewhere, there were people worse off than we were. Sometimes, as adults, we have to remind ourselves of that. So if your office job is getting you down, then remind yourself you could be doing one of these worst jobs.

That’s right, Monty Python lied to us all. It turns out that being a lumberjack is not all fun, games and male voice choirs. The long hours, poor rates of pay and the intrinsic danger of making very tall trees fall to the ground make the life of a lumberjack hard and stressful work. 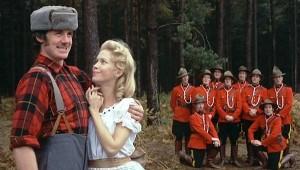 "I'm a lumberjack, and I'm okay.
I sleep all night and I work all day."

Farming in itself is hard labour, but most years it can be pretty profitable. Dairy farming is a whole different ballgame. Profit normally doesn’t trickle down to the supplier, and the stress and low hiring outlook can make it a tough (if well-loved) job.

Anyone who’s waited tables knows that it’s gruelling work, with little financial reward. Being paid minimum wage to deal with obnoxious or drunk customers? And not getting your tips? Definitely not cool.

Cleaning up someone else’s salivated and half-chewed food for miniscule pay? This is the lowest rung in the kitchen, and while many chefs have got their start on this rung, it’s a lowly place to be.

Telemarketing jobs pay reasonably well, and they have excellent hiring opportunities. In fact, telemarketing agencies always seem to have spots open… that’s because most people can’t cut a single week in the stressful atmosphere of call centres. You’re being screamed at by your boss, you’re being screamed at by the people you call, and you’re in frenzied competition with everyone else – most people try to get out before this work situation gives them a mental breakdown. 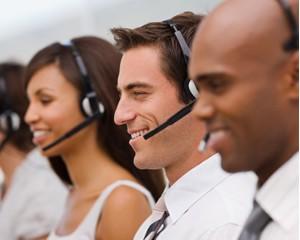 In the west, working in a sewer is unpleasant, but not too horrendous. Well, for a job that involves a lot of poo, it’s not too bad. It gets bad in areas where sewage works are very old, badly maintained and where workers don’t get the luxury of protective gear. Say what you like about office work, at least it doesn’t involve being waist deep in the stink stuff.

Journalism appears easy to those on the outside, but the hard trudge of researching and writing, working long hours for a pittance, and the lack of hiring opportunities – not ignoring the decrease of the print market – make print journalism a daunting career. Not to mention the dangerous journalists face when reporting from a war zone or investigating organised crime.

A roustabout is a worker who maintains all things in the oil field. The physical demands, the stress, and the inherent danger of working around oil make this a challenging and tough slog.

It takes a lot of knowledge and insider info to become a taxi driver. It also takes a huge amount of patience to deal with time wasters, drunks vomiting in the cab, and people who are just plain rude.

Foxconn, a Taiwanese multinational electronics company, has had several controversies relating to the treatment of its factory workers. There have been allegations of extremely poor working conditions, violent fights and a tragic spate of suicides.